Soldiers are common NPCs, who may be hostile or friendly to the player depending on the mission objective. They are affiliated to one of the three warlords in the game.

They are regular rank-and-file soldiers serving one of the three factions warring in Utakata. They are also one of the most common mission enemies, patrolling entrances, main roads and strategic points, requiring the player to use Stealth to pass unseen or kill them silently. Soldiers are one of the most easily detectable units, constantly talking to themselves and wearing clothing that makes them recognizable from afar. However, soldiers shouldn't be too underestimated as some are equipped with lamps, giving them a sight upgrade, and fighting too many of them at the same time can be lethal for the player.

If a soldier is engaged, they will go into offensive, either through close combat (swordsmen) or distance attacks (archers and riflemen) and will attempt to call reinforcements. After an upgrade, soldiers will sometimes carry potions of health and strength with them, and will try to use them in battle.

There are also upgraded versions of regular soldiers, in this case Soldier Leaders, who can be identified from other soldiers as they wear aditional accesories. These soldiers are stronger and smarter than usual, posing more of a challenge to take out, and are quicker to alert nearby units.

The soldiers' behavior is affected by the player's actions. If the player has been constantly sabotaging a faction's provision, the soldiers become weaker, clumsier, more easily distracted by food and easier to spot because of their constant complaining. If, however, their faction enjoys a regular supply of food and expect enemies, they become stronger, faster and more aware of their surroundings.

Players have to always be careful when going to a village or castle-type area, as sometimes a soldier will be patrolling from a tower, and will alert almost every other soldier if he spots the player. Even if there are no soldiers in the tower, one might climb to alert anyways.

If a player earns enough favor from a lord, they will send them a soldier to protect their base. Unlike mission areas, soldiers from different factions won't attack each other in the garden.

They can be identified by their blue and white uniforms and headbands. They have a clumsy and foolish but honest personality and seem to take ther duty to their clan seriously.

They can be identified by their brown and grey uniforms. They are greedy and prideful, and seem to be only devoted to their jobs by the hope of promotions and money. By the time of Revenge of Zen they too have fallen along with their lord, reduced to being petty bandits.

They can be identified by their white and black robes and covered heads. They are zealots, obsessed with their faith and the idea of fighting a holy war, constantly praising their leaders and Amurita when alone.

Appearing in Revenge of Zen. They can be identified by their bright red uniforms and ponytails. They look just the same as the barbarians in previous games, hinting at their origin, and have greedy and bloodthisty personalities.

Soldiers are the third weakest enemy type in the game (the others being village girls and barbarians), and the most common of all. In combat, soldiers are very clumsy and anxious, keeping distance and guarding most of the time, attacking ocasionally, mostly from kicking you when you get too close. However, they will always try to call for reinforcements whenever possible, so try to stop them when they do. Soldiers will also run away when sufficiently damaged, and if they're near a watchtower they will run towards it to ring the alarm bell, alerting every enemy in the vicinity.

Swordsmen start with very weak movements, but over the game they will obtain more skills that, while giving them more variety, doesn't make them much stronger; if anything they will more often fall for their own landmine. Archers are the same case. Riflemen, however, deserve some mention; while they are as weak as the rest of the soldiers, and slower than them, their shots can be very damaging, especially on Hard and Very Hard difficulties.

Soldiers become more confident, and more rash, when fighting as a group. They will attack more often, but are also prone to hurting each other with their attacks. Have this in mind when fighting riflemen, as their shots can be harder to block when dealing with too many of them. As a general rule for every enemy in this game, avoid fighting large groups, as even the weakest enemy can be lethal when dealing with too many of them at once.

Soldiers are very easy to stealth kill and distract with items. Sushi almost always works as a distraction, with the only exception being if the soldiers are well fed and alert, but the only guarantee that they will eat it is if they're hungry. They're also very predictable, as they will follow a set patrol route; they will only break away from their patrol if distracted, suspicious or wary, in the latter case they might even leave their patrol route. With this in mind, taking them out one by one with stealth kills is more practical than fighting them directly, but there's not much risk from fighting an isolated soldier besides a small penalty in the mission score. 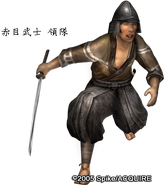 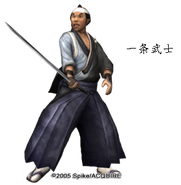 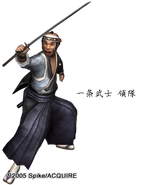 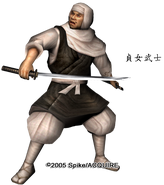 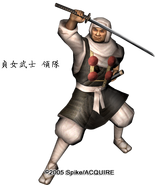